MAY 27, 2016 — Nearly a year after Amnesty International’s International Council released a proposal on prostitution, which it calls “sex work,” the organization’s International Board issued its global policy calling on governments to decriminalize pimping, brothel owning and sex buying. As of May 26, 2016, Amnesty has officially adopted a framework that will shape its advocacy to stand with exploiters, not the exploited.

CATW, along with survivors of the sex trade and other women’s rights and human rights activists, will continue to urge Amnesty to reevaluate its policy. Instead of the wholesale decriminalization of the sex trade, the organization must call on governments to decriminalize only prostituted individuals — not their exploiters. It should not allow pimps, traffickers and brothel owners, who profit from this multi-billion dollar global trade, and the sex buyers, who fuel it, to brutally abuse women with impunity.

Amnesty’s decision to legitimize the sex trade is a gross violation of human rights principles and international conventions, including the Universal Declaration of Human Rights, the 1949 Convention, the Palermo Protocol and the Convention on the Elimination of All Forms of Discrimination Against Women (CEDAW). As we continue to oppose this devastating move, our Change.org petition will remain active until we succeed in reversing Amnesty’s policy to decriminalize the sex trade.

In October 2015, as part of the Global Day of Action against Amnesty’s proposal, we circulated a Global Declaration urging the organization to uphold human rights, especially those of women. If you fit into the categories of “We, the undersigned…” as described in the text, please join the signatories who have already rejected Amnesty’s decision to endanger the lives of countless women and girls by condemning them to commercial sexual exploitation.

A human rights organization has a duty to protect the most marginalized among us, especially those who lack real choices. Amnesty is the first and the most prominent grassroots human rights organization in the world. With this policy green-lighting prostitution as a source of employment and empowerment for women, Amnesty has lost its vision of a world where every human being has a right to live with dignity, free from violence. However, we hope that Amnesty will one day reclaim its mission and credibility, and that it will once again abide by international law and fight for the human rights of all.

Until then, it’s official: Amnesty is advocating the right to pimp, buy sex, and profit from the sale of sexual acts off the backs of women and girls everywhere.

Click for the Global Declaration in the following languages: 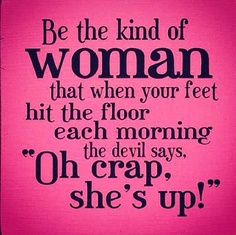 Be an Outcast – Speak Out

Nevada Pimp Dennis Hof Accused of Sexual Assault, Won’t Face Charges…One of Those Assaults Was Against Me – The Bunny Ranch Insider!

Find it On OBB